Carrying on the yearly tradition of celebrating individuals that continuously contribute to the enrichment of Dominican culture through film and television, the Dominican Film Festival in New York (DFFNYC) honored the work of Dominican Actress Dascha Polanco during an intimate event at Seawalk Restaurant in Washington Heights.

Independent and driven, the actress and mother of two, Dascha Polanco is widely recognized for her roles on the hit Netflix Original Series, Orange is the New Black (OITNB), JOY by David O. Russell, The Perfect Match by executive producer Queen Latifah, The Cobbler with Adam Sandler, and many other notable projects.

“As a leading young Latina actress, Polanco is at the forefront of entertainment and continues to pave the way for future Hispanic women finding their spotlight in Hollywood and beyond,” says Armando Guareño, Executive Director and Founder of DFFNYC.

The 6th annual Dominican Film Festival in New York runs July 25-30, 2017 under the slogan: “We Are More than Merengue and Bachata… We Are Cinema!” The program includes a variety of cinematic genres and formats- and all films are from the Dominican Republic and/or co-produced with countries such as Spain, France and the U.S. The festival offers a platform for members of the Dominican film industry wherein both new and established filmmakers can promote their works to the public, establishing DFFNYC as a premier cultural event for Uptown and Washington Heights’ residents. 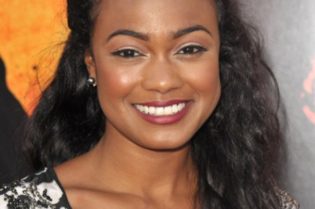