In 2004, the pulsating, intensely catchy beats of Daddy Yankee’s mostly Spanish song “Gasolina” hit dance clubs around the world, helping launch the Puerto Rican artist — and reggaeton — into the mainstream.

The song, and Daddy Yankee, “triggered the explosion of urban Latin music worldwide,” as one music publishing executive phrased it. Even so, “Gasolina” never made it past No. 32 on the Billboard charts.

More than a decade later, “Despacito,” sung by Daddy Yankee and fellow Puerto Rican Luis Fonsi, featuring Justin Bieber, reached the No. 1 spot on the charts in May. It was the first Spanish-language song to top the charts since “Macarena” in 1996.

And now, Daddy Yankee — whose genre of music was once shunned and censored in his native Puerto Rico — has become the No. 1 artist on Spotify, the first Latino artist to reach the global spot. The 40-year-old surpassed 44,735,586 monthly listeners and ousted Ed Sheeran to top the list, Spotify announced Sunday, according to the Associated Press.

Daddy Yankee’s rise to the top of the charts marks a milestone for the Latin music industry. It also reflects how the growth of the Spanish-speaking population in the United States, and the emergence of music streaming services such as Spotify, have boosted a new surge in Spanish-language songs entrenched in Latino culture.

Speaking in Spanish in a video posted to Twitter, Daddy Yankee, whose real name is Ramón Luis Ayala Rodríguez, looked back on his decision to commit to the music industry in 1992.

“No one believed in me, it cost me many sacrifices, many moments lost with my family,” Daddy Yankee said. “I had to face prejudice and discrimination.”

“But today this genre called reggaeton is the most listened to in the world,” he continued, thanking his fans. His chart-topping recognition belongs not to him, he said, but to the genre as a whole.

“Family, we did it,” he said. He also spoke in English to his “brothers around the world who have embraced our culture. … You’re part of it.”

“We’ve been on this way for a long time now,” he said.

“The musical digital revolution has unified the world and this is the proof,” Daddy Yankee said. “We are all in the same boat with no labels or stereotypes.” 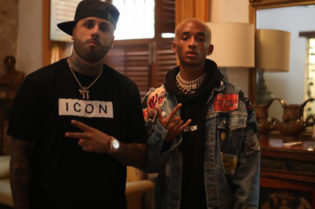 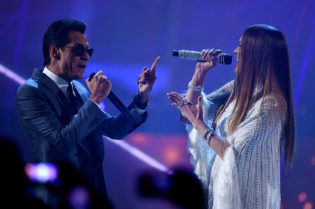 The All-New Lincoln Continental Greets You with a Warm & Inviting Welcome.

Lincoln Introduces The All-New Continental Through a Taste of Luxury