March is Women’s History Month, but this you know that officially it only dates back to 1987 in the United States—thanks to a campaign by the National Women’s History Project. In honor of this Month, we would love to share some amazing Latinas that were making #herstory before it became an official celebratory month in the US.

At a young age, Menchú became involved in the women’s rights movement. Later, this indiginious Guatemalan woman found herself advocating on behalf of her people, combatting abuses by the Guatemalan government. In 1983, she gained international attention with her book, I, Rigoberta Menchú, which highlighted her poor upbringing and the struggles of many during Guatemala’s 36-year civil war. She received the Nobel Peace Prize in 1992 for her outstanding work toward social justice.

The Mirabal sisters and their work as activists against the dictatorial regime of Trujillo held many untold stories of the Dominican Republic. Perhaps the most politically active of the sisters was Minerva, especially after she was denied a law license because she refused Trujillo’s sexual advances. She didn’t hold back in speaking out against his regime and was relentless until she and her sisters were brutally assassinated. She’s known to have borrowed the words of Fidel Castro: “Condemn me, it does not matter history will absolve me.” And the UN did just that! They designated November 25, the date the Mirabal sisters were murdered, as the Day for the Elimination of Violence against Women.

Chacón was the first Latina elected to a statewide office in the United States as Secretary of State for New Mexico in 1922. The vote reflected New Mexico’s largely Latino population and heritage—having belonged to Mexico until 1848 and only officially becoming a state in 1912. She was also the first woman to serve as a state’s acting governor.

Montemayor was the first woman elected to a U.S. national office not specifically designated for women, as the Vice President of the League of United Latin American Citizens (LULAC) in 1936. The organization championed equal rights for Latinos in the United States long before the 1960s civil rights movement. Montemayor also brought equal rights for women into the spotlight as associate editor for the LULAC newspaper. While we consider all of the mujeres in this post to be Women’s History Month Honorees, she was one of the first women to be named an official honoree by the National Women’s History Project. 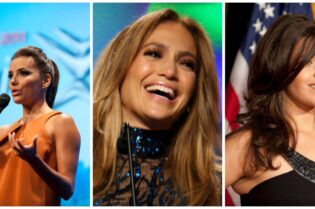 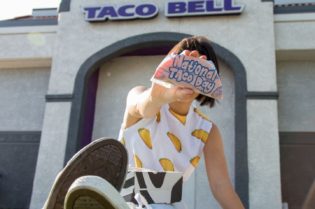